While there’s some dispute on the exact time frame of the “Golden Age of Video Games”, I think we can all agree that some of the best video games of all time were created in the late 20th century, made possible (according to Wikipedia) by the “increase in power and the decrease in cost of computing technology”. So which decade can we thank for the release of the best video games of all time? You be the judge! Below is a list of video games considered the best that were released in the 70s, 80s & 90s and still top the popularity charts today. 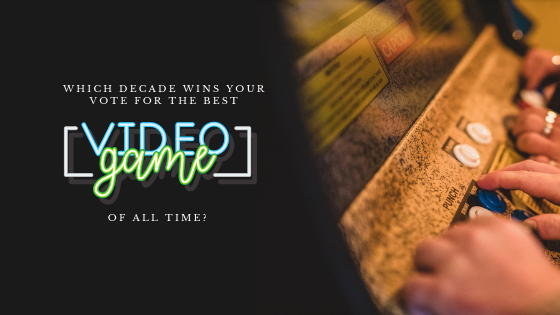 If you grew up in the 80s, you probably rocked your jelly shoes, mullets, leg warmers and slap bracelets while you jammed out to your Walkman and played these newly released titles at your local arcade:

Video games were up against beanie babies, pogs, polly pockets & Tamagochis. Still, we can thank the 90s for the release of these classic video games that have only gotten better with time:

So which decade wins your vote for releasing the best video games of all time? Tweet your vote to us in Raleigh (@BoxcarRAL), Greensboro (@BoxcarGSO) or Durham (@BoxcarDRM)! And be sure to check out our arcade game lineups (which include a number of these classic titles) at our Raleigh, Greensboro and Durham locations.

While things are slowly opening back up here in North Carolina, life is far from…

Name That Year! Take the Quiz

Can You Name That Year by Top Song, TV Show and Gas Price? Are you…